Why disruptive innovation could be the key to human evolution 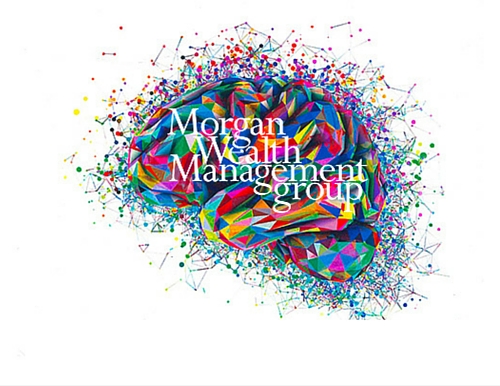 The rhetoric of the term ‘disruption’ has culminated in an inherent feeling of panic or fear relatively consistently ever since the concept was fully realised by Clayton M. Christensen back in 1995. The point of view he presented was of ‘disruptive innovation’ which was defined and analysed in his published article ‘Disruptive Technologies: Catching the Wave* followed by a more specific interpretation of the term in his book ‘The Innovator’s Dilemma**’. What he discovered was that with the dizzying speed and exponential complexity of technological advances comes an unavoidable ‘disruption’ to existing market networks.

The nature of disruptive innovation is that it creates a new market through the application of a different set of values, which ultimately overtakes an existing market. A ‘disruption’ is defined as a disturbance or problem which interrupts an activity or process. The concept although perfectly sound in ideology is represented by entirely unsound terminology. The stunning advancement of technology we are regularly seeing within our society is not a disruption, it is in fact enabling our capabilities as a collective. Instead of fearing the possibility of ‘disruptive innovation’ let us welcome and encourage its unstoppable modernisation, as it signifies our development and evolution as a human race.

“Offering an environment of unpredictable development [..] lays at the heart of societal innovation”

The uprooting and challenging of how we currently think, behave, do business and learn is deeply ingrained in the philosophy of disruption. The underlying structure of ‘disruption’ is in the displacing of an already existing market, industry or technology with the replacement of something more improved, efficient and worthwhile. These developments do not need to be described by the negative connotations that they are ultimately attached to. This process actually assists and enables industries to creatively progress, enhance and advance on multiple levels. For example, the hotel industry is at risk of becoming increasingly irrelevant thanks to the development of AirBnb (a sharing platform that lets locals rent out their apartment for an evening). This ultimately enables the hotel industry to allocate resources and time to further develop their industry, finding a way to ‘one-up’ the AirBnb model.

The idea that bolstered behind ‘disruptive innovation’ is that no one company is so essential that it can’t be replaced, that there is no single business model or sector that can’t be subjected to a raw torrent of change. This signifies the true enabling nature of ‘disruptive innovation’. Offering an environment of unpredictable development which lays at the heart of societal innovation.

All future progress lies behind the art of better enabling our collective brain power. We appear to be rapidly approaching such points of time in an unendingly consistent manner. The last decade has seen perpetual re-invention of numerous established industries, with no sign of the continuation of evolution slowing down any time soon. We have seen the industries of classified ads (Gumtree), long distance phone calls (Skype), record stores (Spotify), research libraries (Wikipedia), taxis (Uber) and newspapers (Twitter) all go through facing the pressures of needing to either rigorously re-invent their business model or succumb to the brutality of the marketplace eventuating in their diminishing influence.

“This is a reality we have to come to [..] to peace with promptly”

Take a moment to think back to the development of the mass-produced automobile. This pinnacle moment in human progress could be conclusively defined as ‘disruptive innovation’. The market for transportation was radically revolutionised with the debut of the Ford Model T in 1908. Businesses that had previously ruled the market (such as the wagon and carriage makers of the time) suddenly found themselves at a point of what Christensen defines as the ‘innovator’s dilemma’. A point where an established company faces the choice of either attempting to hold onto the existing market by doing the same thing slightly better, or finding a way to innovatively capture new markets by embracing the prospering technologies and adopting them into new business models. One example of a company that successfully incorporated themselves into the disrupted marketplace was that of the Timken Company. Having previously cemented their place as producers of roller bearings for wagon wheels in the 1890’s, the company swiftly found a way to adapt their signature products into the automobile industry. By not limiting their company scope and by recognising the changing nature of the marketplace, Timken has managed to continue operating to this very day.

One could not simply look upon such an example and denounce it as a ‘disruption’ to our collective progress. It instead stands out as one of the great achievements of our human development. The production, distribution and use of the Ford Model T culminated in the enabling of individuals to have greater control and power over their individual transportation. All at once unifying and advancing our society.

Now we have the prospering potential of the fourth industrial revolution promising further exponential development. Building on top of the digital innovation encapsulated by the third industrial revolution starting in the middle of the last century, the fourth is said to surmount to a burgeoning development of a fusion of technologies which blur the line between the physical, digital and biological spheres.

This is a reality we must come to terms with, and eventually at peace with, promptly. With the manufacturing industry set to be compromised by 3D Printing, the financial industry in a tailspin by the potential of FinTech and Google’s development of automated cars and it’s likely disruption of the current automobile. It is no longer a question of ‘if’ your industry will be disrupted, but instead ‘when’ will it.

There is no justification for industry leaders to deny or attempt to slow down about the continuation of technology development all in for the sake of a company’s bottom line. Each technological advancement operates much like a living organism. It starts, develops, persists, mutates, stagnates and declines. All to be replaced by something more advanced. It is the inherent nature of evolutionary life.

It is time we observed this as the beautiful progression that it is. Our development is not disrupted by such advancements, it is in instead enabled by it. Let us upend our fears of robotic automation culminating in joblessness and alternatively look at the many achievements us as individuals and as a collective society could strive towards with a shorter work week. The future holds truly remarkable possibilities to greater focus in on and foster the development of the well-being of ourselves, others and the planet. This is only possible with ‘disruptive innovation’.

Let us supplant the conversations based on negativity and fear with those based on hope, redemption and exciting possibilities.

As this could very well be the defining factor in our collective evolution.

PREVIOUS
Smart investing in a low interest rate world
NEXT